My Lord of the Rings

I hadn't fully mourned the loss of MY Lord of the Rings until now.
Peter Jackson's films were amazing and definitive and I love them, however it wasn't until I tried to read through the books again that I fully understood how definitive they were. Millions of dollars and hundreds of talented artists fleshed out Tolkien's world in a way my imagination never could. As I read I found that every character and location had been replaced by actors, Weta's sculptures, New Zealand's beautiful landscapes. It's all great, but it broke my heart to realize that mine was gone.

This image is one last hurrah. One last artistic foray into my own vision of the story when Middle Earth was the Canadian Rockies I grew up by, the soundtrack was by Loreena Mckennitt and the players were all made up.

It was funny and sad to see that even this attempt to recreate my image of the characters was tinted by the films. Oh well, I'll always have them tucked away on a shelf in my mind. 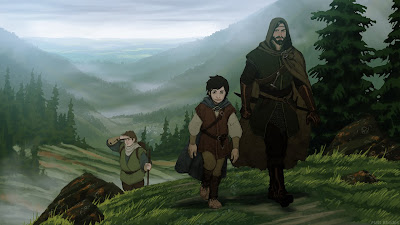 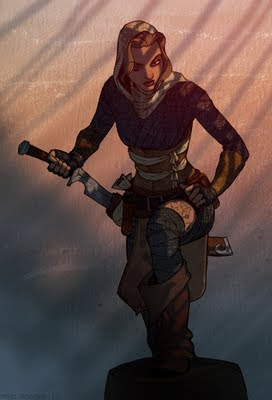 Just a bit of exploration. I've been enjoying these hoods lately.
Posted by Matt Rhodes at 9:04 PM

We are NOT taking the wizard. 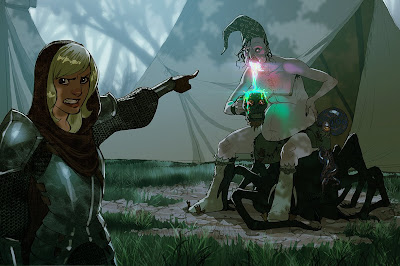 Sitting around a camp fire, my friends and I talked about wizards. Wizards, if they were real, would be the worst people. Dabbling in all sorts of grim abominations for dubious ends. They'd be the last people you'd ever hire for a quest, and then only in utter desperation.