Gray Mouser at the Bazaar of the Bizarre 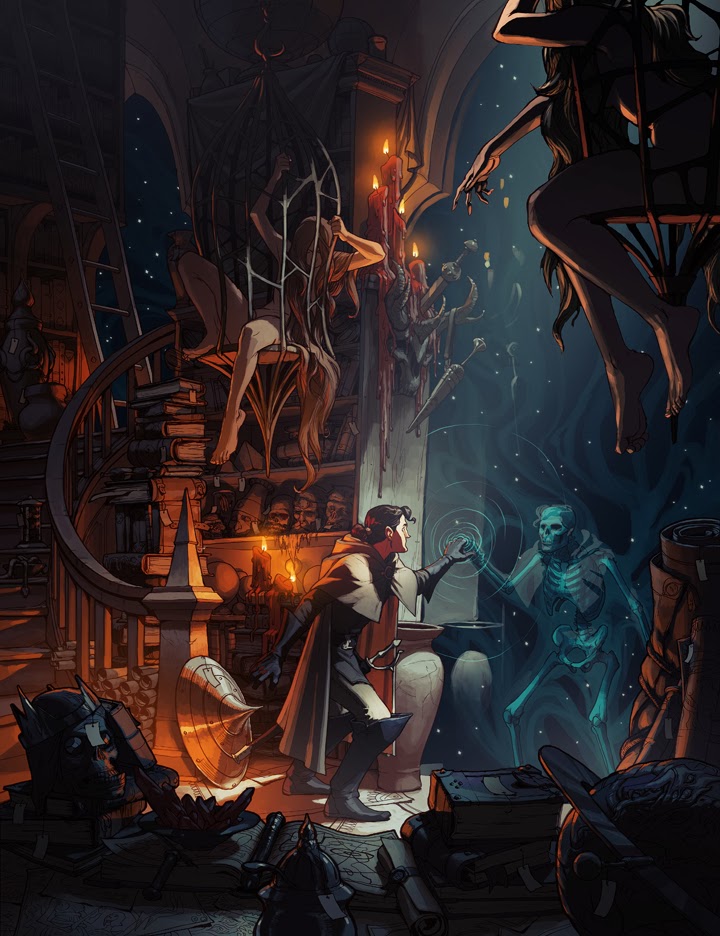 One of my favourite scenes from Fritz Leiber's Swords and Deviltry. I wanted to take my time with an image, and the intriguing, claustrophobic bazaar seemed like the ideal challenge.

This time around, I made sure to save some process images.
I started with simple two inch thumbnails until I found a composition I liked. Then I pencilled up the image at 11x17. Once the pencils were scanned, I did a "lighting sketch" to figure out some of the volumes and light sources. From there I did a clean line drawing (my favourite stage). Finally, I just spent some time moving around the image, cleaning up the values and adding little details.

This daily upload of poor quality photos from my sketchbook is not to last. I'm coming to the end of my brief paternity leave (now a proud father of daughter number two). It's been a rare treat to find this much personal drawing time, and here I've been using it to study instead of have fun (it's still fun). Thanks for lookin' and stuff. This is just a random smattering of whatever reference material I had handy. 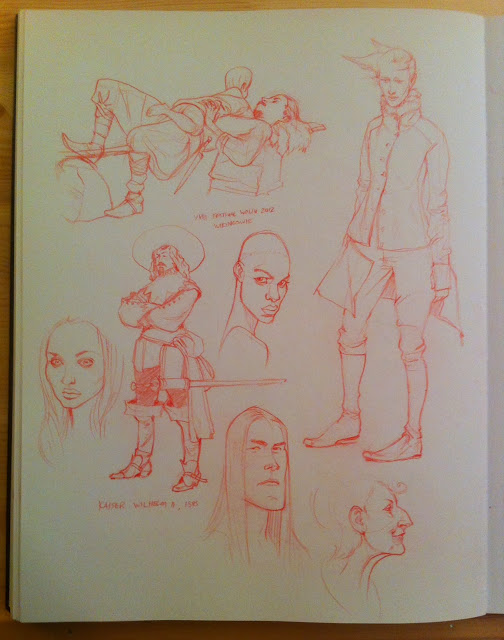 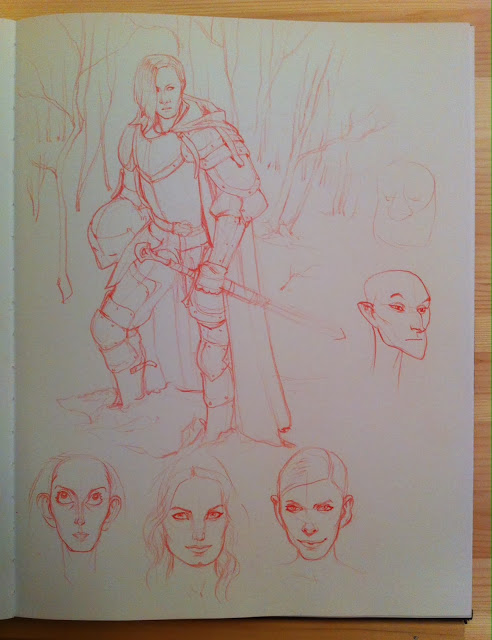 I've been painfully aware of my worsening case. "Same face" is when an artist gets lazy (or busy!) and starts using the same old features again and again and again. The only cure: research. 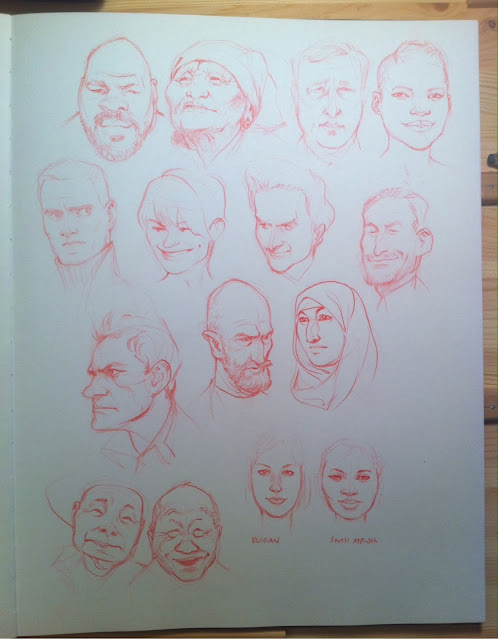 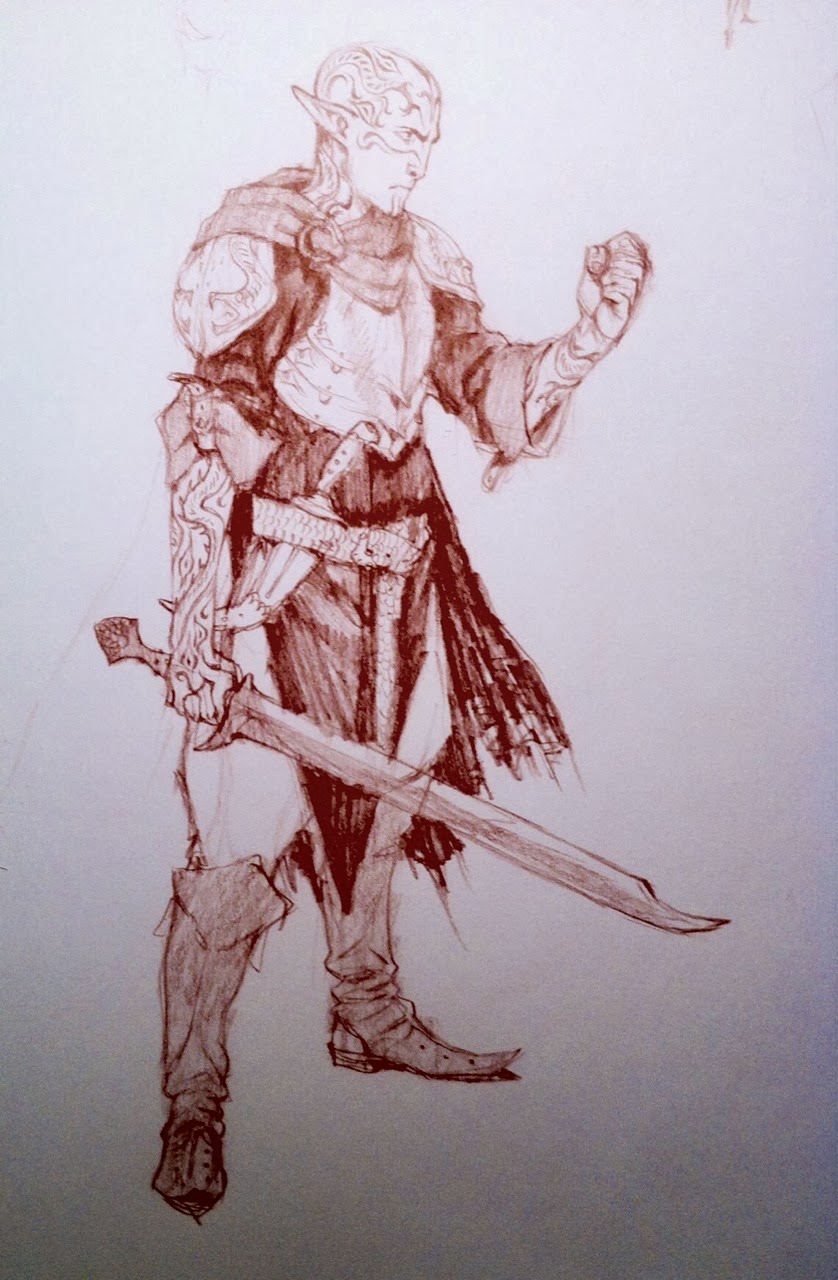 Some time ago I decided to stop redesigning other peoples stuff (like my reboot cast for example). It’s so much fun, but so is shooting fish in a barrel (for people I probably don’t want in my life).
It’s easy to design a character after you’ve seen their whole story arc play out, witnessed the nuances of writing, acting, animation, even their contribution to the overall atmosphere of the final product. For us, character design is done in the dark. We have descriptions, plans, and vague gestures, all of which will change, many of which will change BECAUSE of what we design.
So, to me it doesn’t feel like a “sporting chance” to redesign someone else’s finished character. They couldn’t see what you see now. They didn’t know that twist was planned, or that they’d get an extra season, or that marketing would favor an unexpected character.

But just for fun I’ll take a swing at our own stuff.
Given a chance to take another pass at Fenris, I would suggest something like this. Chunkier, bald, more of a warrior, with more Tevinter motifs (which we hadn’t yet established during DA2).

Two more images I've worked on have been released. Seems to make sense to put these two together. 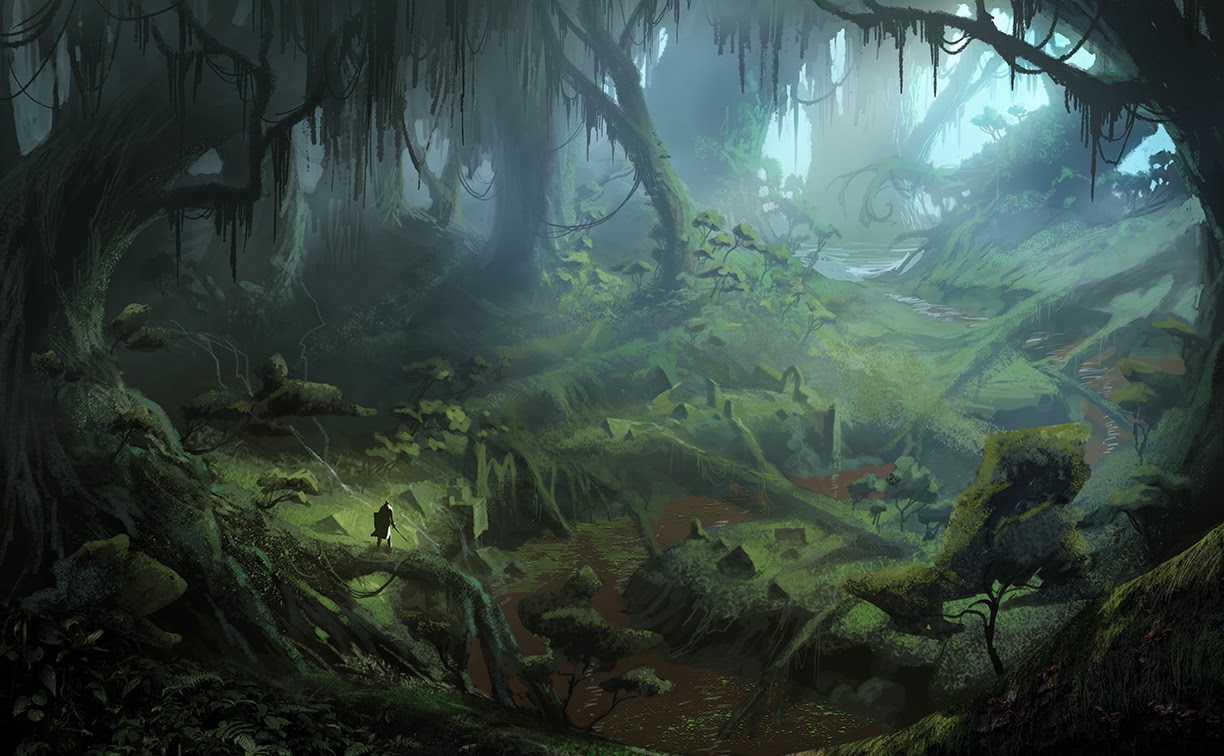 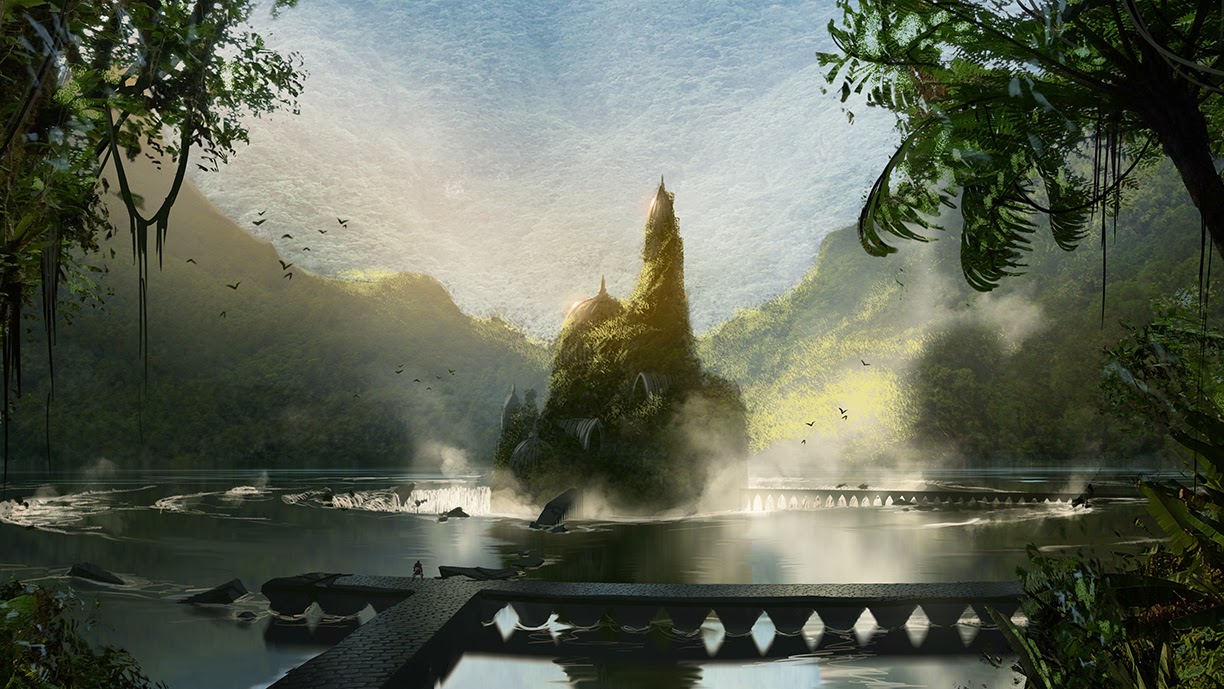