My time on Mass Effect 3 wasn't very long but I feel fortunate to have been involved on such a great project. Here is a small selection of the images I created for the game. 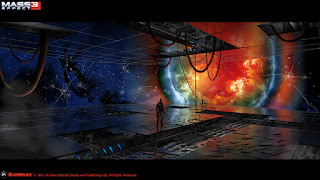 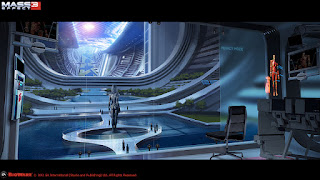 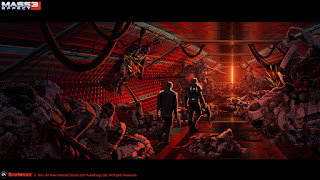 Just after Mass Effect 2 was released I got so excited that I started wildly speculating about where 3 might take us. This was well before I knew where the story was headed.

This was a pirate version of the Normandy. I was imagining the crew on the run from Cerberus and the Alliance. The ship would start filling with scavenged equipment and they'd start setting up bunks for extra recruited soldiers. 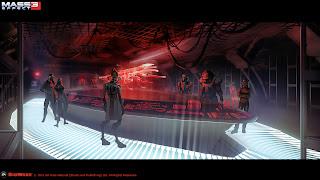 This was drawn as a counterpoint to the Mass Effect 1 image of a woman standing in the snow with a fortress in the distance. I was imagining a Commander Sheppard that had gone underground, wearing scavenged or black market gear. 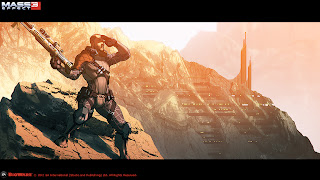 This was part of a series of images I painted showing Sheppard taking back the Normandy from Cerberus. He has blown open the window on his old captain's quarters. 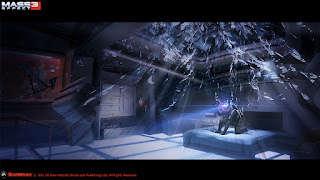 Some characters get to have their moment. 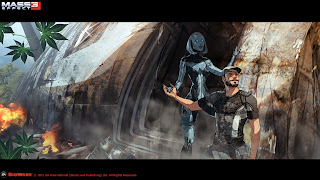