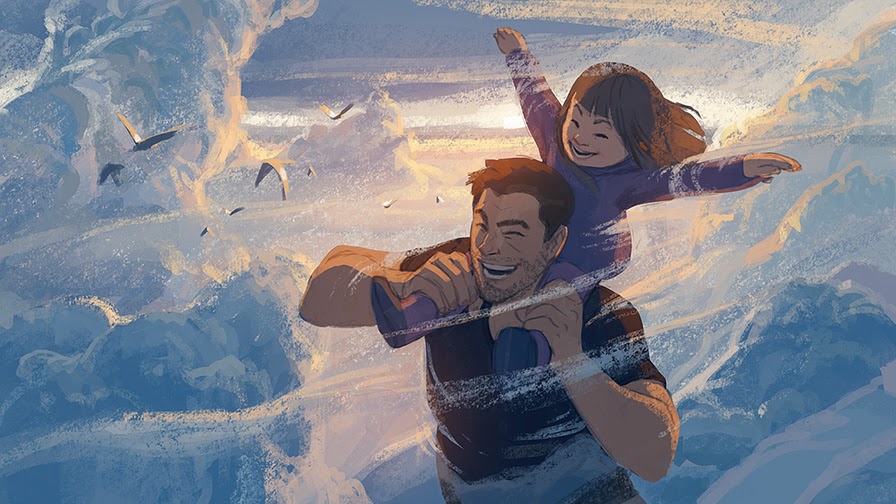 Drawing monsters and villains all day can take its toll. I wanted to draw something good, and this is my favorite part of the day.
Posted by Matt Rhodes at 2:46 PM 3 comments:

We've been doing a lot of storyboarding. I'm enjoying drawing fast and loose. 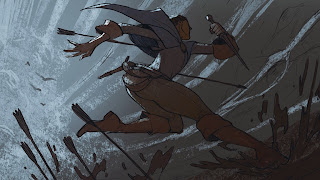 Years ago the Anthology Project reawakened my love of comics. This was an experiment I tried a few months ago that I had to abandon. Rather than let it gather dust on the shelf, I figured I'd put the pencils out there. I purposefully left the dialogue out (I still like the drawings, but rereading the writing was like nails on a chalk board). Hopefully the visual storytelling carries most of the load. So here's....a thing! 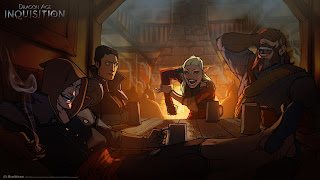 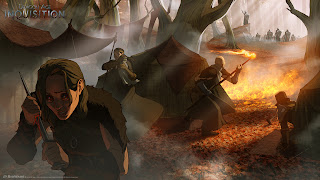 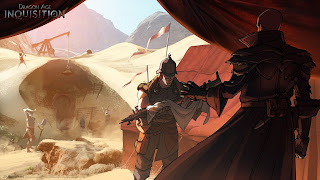 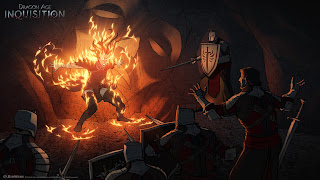 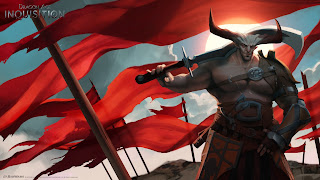 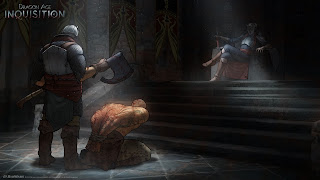 Posted by Matt Rhodes at 6:11 PM No comments: 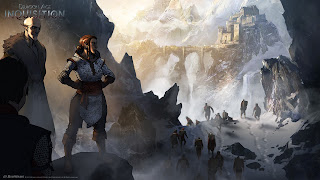 Characters drawn by me, Background by Steve Klit
Posted by Matt Rhodes at 6:10 PM 3 comments: 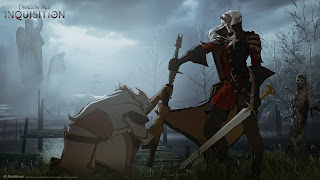 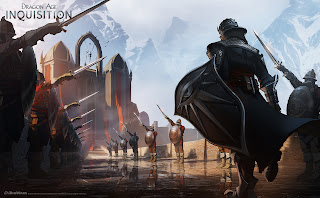 Posted by Matt Rhodes at 6:10 PM No comments: 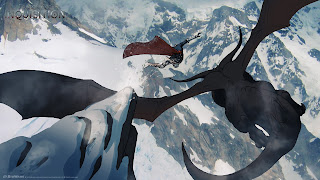 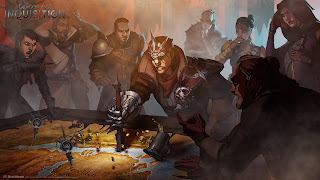 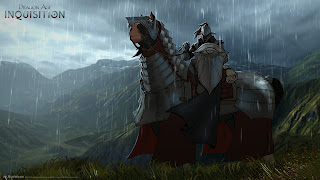 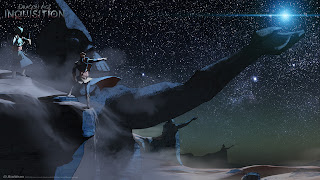 I am completely, unashamedly in love with adventure stories. If they happen to include traveling the world to uncover the secrets of ancient civilizations? Even better. 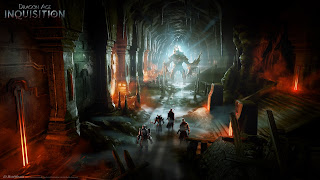 The Inquisitor ignores all warnings and pursues his quarry into the deep desert.
Posted by Matt Rhodes at 8:11 AM 1 comment: 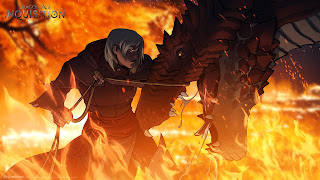 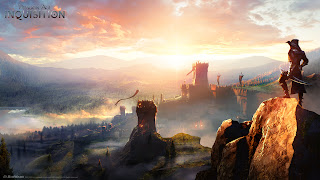 Master of all she surveys
Posted by Matt Rhodes at 6:38 AM 3 comments: 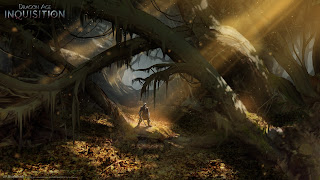 "Seek the light, for the wicked take root in the darkest corners."

This is an example of inspiration striking where you least expect it. While doing some yard work I found a tiny magical forest in the undergrowth. With a few additions it became the starting point for an ancient and sinister place.
Posted by Matt Rhodes at 12:44 PM 1 comment: 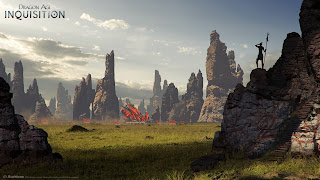 This was one of the first concept images released for Inquisition. When we first started seeing what Frostbite could handle we began experimenting with larger scale locations like this.
Posted by Matt Rhodes at 6:46 AM 1 comment: 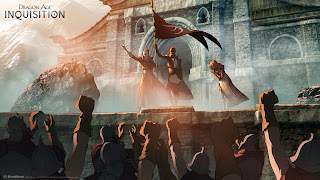 Now that more concept art is being released I'm allowed to post a few things. Many of these images are used to explore major themes, capture the spirit of in-game moments or remain purely speculative.
In this one, the player (holding the flag) is being made Inquisitor.
Posted by Matt Rhodes at 10:18 AM 2 comments:

Please forgive my self-indulgence, but I wanted to say thank you to everyone who returned old artwork to me. These two collections were particularly dear to me so I wanted to put them out there again.
The first is the work I did for Tad William's Shadowmarch. I was barely out of high school when Tad saw some of my Memory, Sorrow and Thorn fan art. He called me and asked if I wanted to draw some characters and scenes from his then-upcoming story Shadowmarch. After shitting myself, I made these. 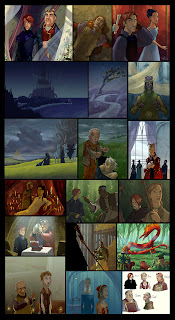 Secondly, some Jade Empire character concept art. This was the first project I worked on at Bioware. They were made during my summer as an art intern between my 3rd and 4th year at art school. Later that summer I started on codename "SFX", which eventually became Mass Effect. 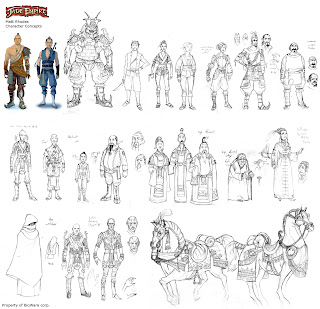 Check out the writeup at Game Informer! There's a 1 second shot of this wall of beat boards (with the more spoilerific images blanked out with high-tech paper). I think this may be the most DA:I concept art that's been show to date and it's gone in a blurry blink. The video is well worth watching. We're getting very excited over here. 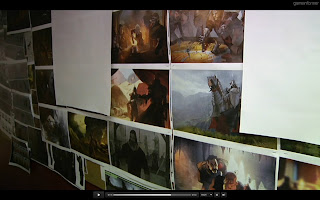